Caution to the Wind

I've been pretty conservative with bringing Indy back from her injury. According to the rehab protocol, we could have started cantering a couple of weeks ago. Giving her an extra month didn't seem like such a horrible idea, so I was going to wait until early February before getting back to any canter work. How silly of me to think that I could stick to anyone's time schedule but Indy's. 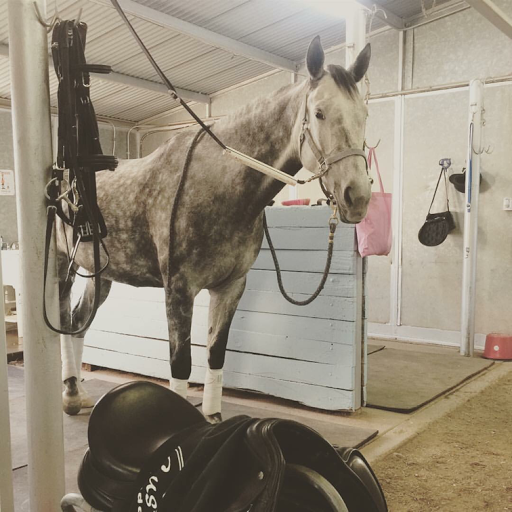 What more could I possibly need?
At our lesson the week before, Indy had gone FANTASTIC and my trainer said that if she was going like that again, it probably wouldn't hurt to do a small amount of canter work. You know, because it's the elephant horse and any time she is doing things correctly and willingly, you might as well take the opportunity to do a bit more. 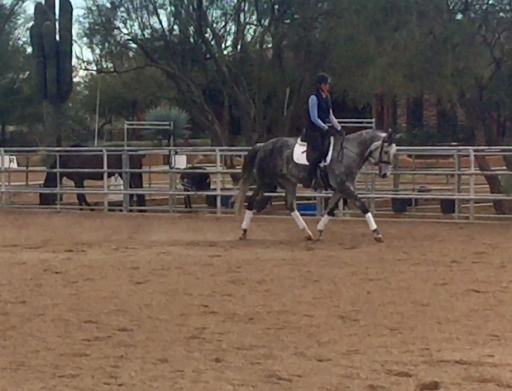 Blurry screenshots because YouTube hates me. I'll edit this with video if it ever uploads.
*Before anyone starts wondering why I'm taking lessons on a horse being rehabbed, you should know that the lessons are aligned with the rehab protocol. They aren't ultra long lessons and have been just walk-trot up to this point. Basically, my trainer is just helping me with managing and getting quality work from Indy through the process of building her up to full work.
A couple of days after my lesson, Indy had a ton of energy. She wasn't doing anything bad, but I could feel her just wanting to go. I'd go as far to say that she was trying really hard to be good, yet was begging to be able to get some of that energy out. I mumbled something to myself about how she damn well better not buck me off and asked her to canter. 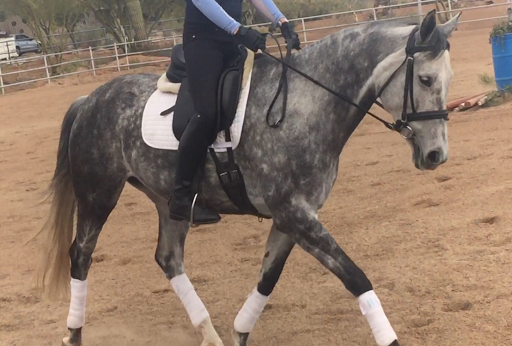 She doesn't do resting bitchface anymore!
Much to my surprise, she gave me a gorgeous transition and went on with a lovely, balanced canter. It shocked me so much that I just sat there like a dumbfounded sack of potatoes, being nothing but a passenger, and she STILL cantered around like a pro. On a circle. This mare can canter balanced for days in a straight line, yet 20 meter circles have always been a challenge for her.
I don't know how much I've talked about this, but I've gone through HELL with this horse and her canter work. Seriously, everything. All of it. I've had to make her gallop very FORWARD to get in front of my legs, which wasn't all that fun at the time since her steering wasn't the greatest and if I used too much hand her head would be in my face, which led to having to galloping even more forward. If we weren't forward enough, I had her ears up my nose. Then SHE decided that forward wasn't forward enough and that the thoroughbred side of her needed to be shown off. After that we went through a cantering sideways stage, which involved kicking at my leg every time I tried to get her in front of it. That was followed by drama llama canter transitions. Oh, and let's not forget the stage where she thought charging at other horses would be fun. There's more, but you get the general idea of her masterful evasions. Submission has definitely not come easily with this horse. 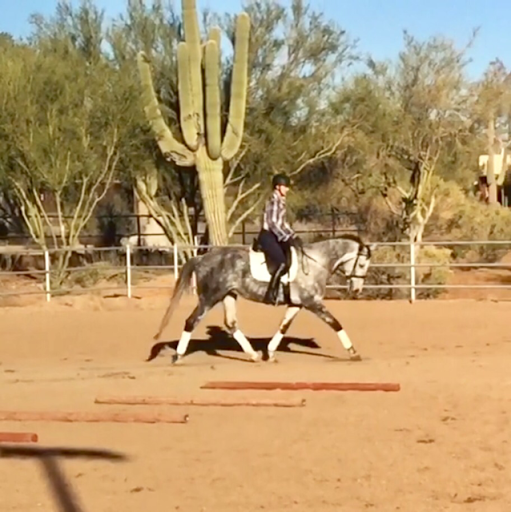 Hopefully, I can get some canter pictures soon. Until then you're stuck with boring trot pictures.
Back to the present, Indy gave me three good circles to the left and I asked her for a downward, which she did flawlessly. Obviously, I had to canter her to the right too. The transition was decent enough. She was a little fussy and wanted to drift over her left shoulder. We went back to the trot. I let her settle and reminded myself that I might actually have to ride her instead of just sitting there. I asked again and it was better. It took a circle to get everything togther, then she gave me the same beautiful canter that she had given to the left, which was followed by another beautiful downward. What the holy hell?! 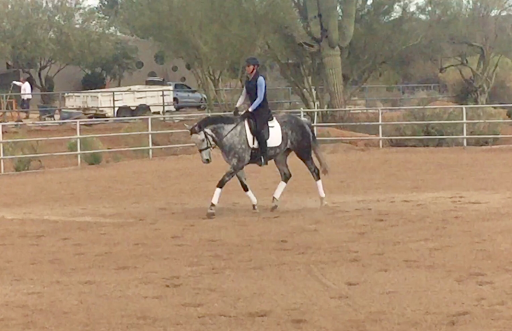 So we cantered. In a respectable manner. After not cantering for almost eight months. It wasn't 100% under the terms that I had originally wanted, but maybe it was good for me to be reminded that waiting for near perfection isn't always ideal. I would love to say that we're over the hump and we'll continue to get this quality of work that we can really begin to build on. However, it's day by day with horses. With Indy, it can be minute by minute. We'll still have our good and bad days, like anyone. I'm very glad for the good moments I get from her because they bring promise to the worse ones. They remind my of why I've stuck it out with Indy for as long as I have, of why I've always maintained hope for us. And the bad moments; I know we will get through them in time. Stride by stride. 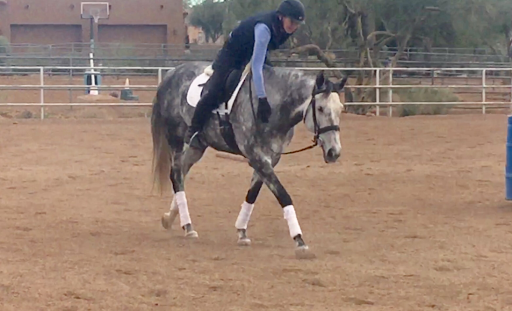 Most importantly, I'm having fun with her.
Posted by Jodi at 12:58 PM